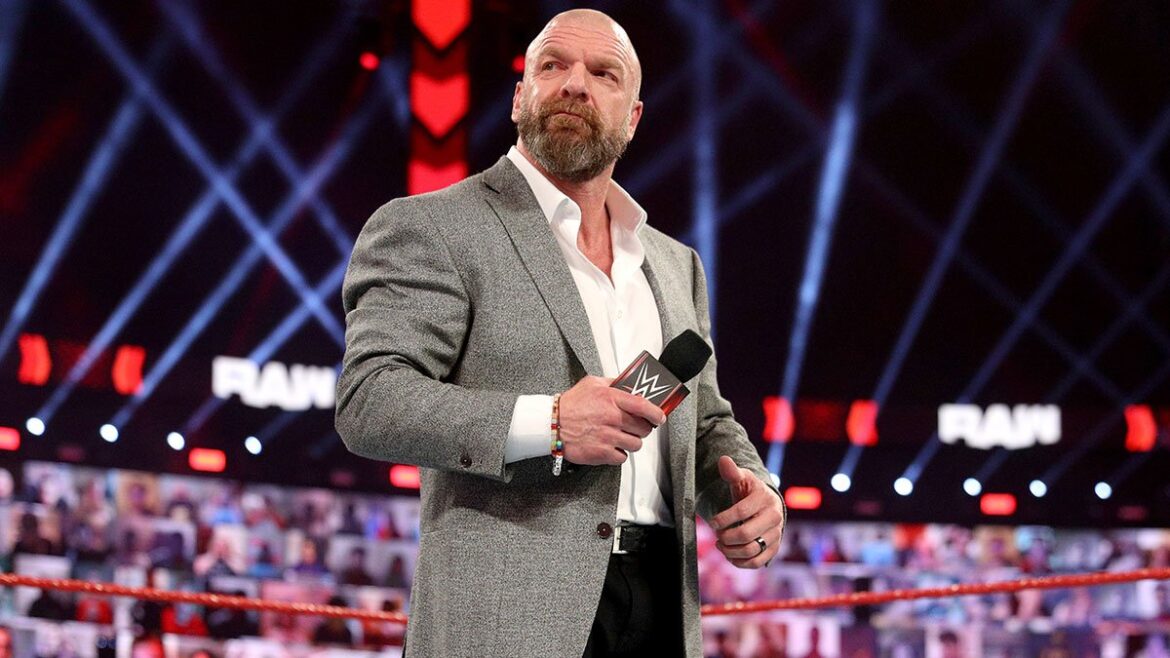 WrestleMania 38 opens up with Triple H

After a lengthy ovation and chants of “Thank You Hunter,” Triple H explained that he came out to thank the fans for their love and welcomed them to Wrestlemania. “The Game” ended the segment by leaving his boots in the ring, a longtime symbol of a wrestler’s official retirement. You can check out a clip of his Wrestlemania entrance below.

The Game forced into retirement by heart issues

Triple H, whose real name is Paul Levesque, announced that he was retiring from in-ring performances after suffering a serious cardiac episode in 2021. The full details of just how serious that heart issue wasn’t fully revealed until last month when he revealed that he had experienced heart failure and now had a defibrillator installed inside his chest. “I will never wrestle again,” Triple H said. “First of all, I have a defibrillator in my chest, which, you know, probably not a good idea for me to get zapped on live TV.”

While Triple H has retired as a wrestler, he still remains involved in the running of WWE. Although Triple H is no longer as heavily involved with NXT, he has been involved with WWE’s NIL program that recruits collegiate athletes as potential future WWE superstars.