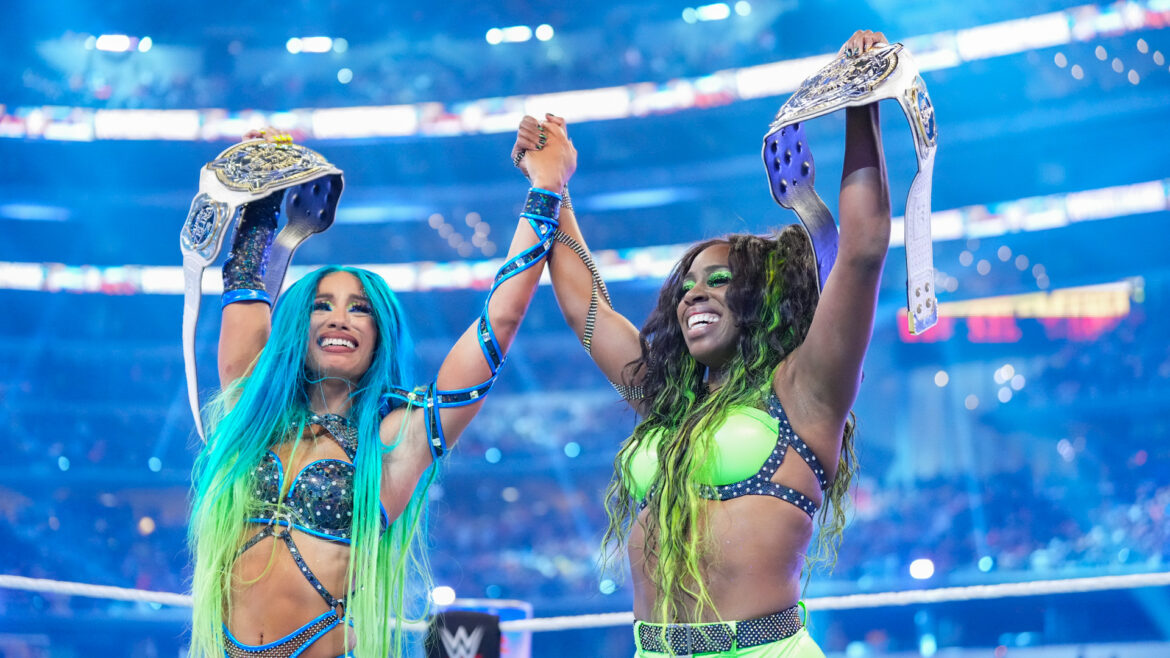 Sasha Banks and Naomi were both booked to take part in a six-way match in the main event of this week’s Monday Night Raw with a shot at Bianca Belair’s Raw Women’s Championship on the line. However, early into the show, Adam Pearce announced that the match had been changed due to Banks and Naomi leaving the building. It has since been reported by both Fightful Select and PWInsider that the duo left following a backstage disagreement between “The Boss” and Vince McMahon.

Sasha Banks was not happy with planned main event

According to Sapp, Banks “wasn’t satisfied with creative associated with her plans for the evening,” and had a meeting about it with McMahon but neither side backed down. It’s unclear what had Banks upset about the match, though Sapp noted Naomi was originally scheduled to win. Stay tuned for more updates as they become available.

Update: WWE has released a statement on the situation —

“When Sasha Banks and Naomi arrived at the arena this afternoon, they were informed of their participation in the main event of tonight’s Monday Night Raw. During the broadcast, they walked into WWE Head of Talent Relations John Laurinaitis’ office with their suitcases in hand, placed their tag team championship belts on his desk and walked out. They claimed they weren’t respected enough as tag team champions. And even though they had eight hours to rehearse and construct their match, they claimed they were uncomfortable in the ring with two of their opponents — even though they had matches with those individuals in the past with no consequence. Monday Night Raw is a scripted live TV show, whose characters are expected to perform the requirements of their contract. We regret we were unable to deliver, as advertised, tonight’s main event.”

Banks dropped the SmackDown Women’s Championship to Belair in the main event of WrestleMania 37 Night One in April 2021, then missed several months of television before returning to reignite her program with “The EST.” After several failed attempts at winning the gold back she’d get drafted to SmackDown, turn face, and eventually form a tag team with Naomi (a reunion from their Team BAD days). She and Naomi won the WWE Women’s Tag Team Championships at WrestleMania 38 last month.

“I always wanted to be so much more when I was a kid because I was a nobody, and I was in the background,” she continued. “I watched wrestling and I was like, ‘These people are so much larger than life. They’re fit. They’re over the top. There are so many weird people’, and I felt like I was weird, so I’m going to fit into wrestling. I want to feel the punches and the fighting. Sasha likes MMA. I love everything about it. The fans that are so die hard, that’s so crazy that we get to have such amazing, incredible fans that are always there, all over the world, supporting us doing the craziest thing ever. There’s nothing better than it.”