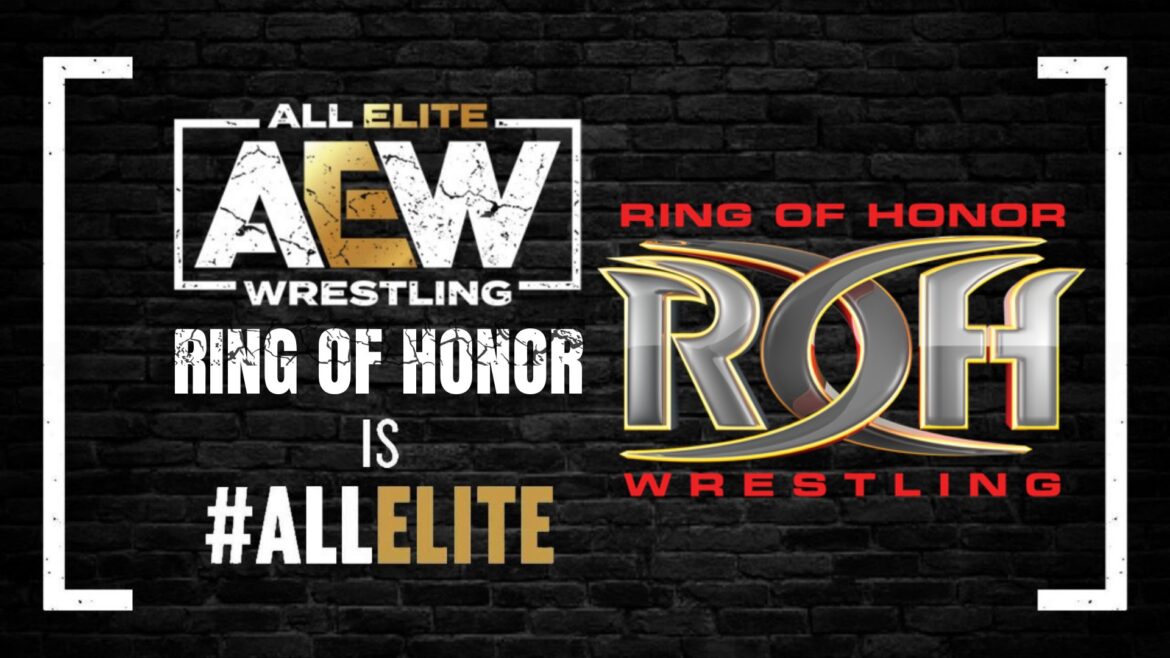 AEW President Tony Khan opened this week’s AEW Dynamite by confirming that he is the new owner of Ring of Honor Wrestling. The Baltimore-based promotion announced last year that it would be taking a hiatus following the Final Battle pay-per-view in December. News broke shortly after that all active wrestlers would be allowed to explore other companies as it would not be extending any deals beyond March of this year. The promotion was expected to relaunch with the Supercard of Honor XV event during WrestleMania weekend.

AEW purchase of Ring of Honor details are scarce

Details of Khan’s purchase of the company are scarce of now. But the sale will include the extensive ROH tape library, which goes all the way back to 2002, as well as “brand assets, intellectual property, production equipment and more.”

“Ring of Honor’s influence on modern professional wrestling is etched permanently in the history books, and this acquisition ensures that its legacy will be kept alive and treated with the utmost respect,” Khan said in a press release that dropped moments after the announcement. “This deal adds thousands of hours of content to our rapidly growing library and creates new opportunities to expand our footprint on a national and global scale, while having the potential to produce new content under the ROH banner. I will immediately begin exploring opportunities to make ROH’s video library available to fans, who’ll have the opportunity to witness the beginnings of the careers of some of AEW’s biggest stars.”

The release noted that more details will be available in the coming weeks. Tony Khan has been teasing the announcement for weeks. His last tease came during a media conference call early Wednesday afternoon. He was saying it “will affect pro wrestling and I think it’s going to be awesome news for the fans and a lot of the wrestlers.”

“Ring of Honor has produced some of the best professional wrestlers over the past 20 years, but more importantly, it created a family. I will be forever grateful to everyone in the ROH family who has worked tirelessly for the past two decades to take ROH to levels previously unimagined,” Joe Koff, Ring of Honor’s Chief Operating Officer, added in the release. “Tony has the utmost appreciation and respect for Ring of Honor, and I’m truly excited to see how he continues the legacy.”

Moreover, Ring of Honor Wrestling has been on hiatus since December. But is still scheduled to relaunch this April with the Supercard of Honor XV event in Dallas. Details about the deal are still scarce, but wrestlers and fans alike still took to Twitter to share their excitement. Check out some of the best reactions to the news in the list below!

What do you think Tony Khan should do with ROH? Should it become AEW’s developmental territory? Will it lead to the company forming a deal with HBO Max? Let us know your thoughts down in the comments!

Hope my ICONIC Title was included in the deal, Papa Khan! #AEWDynamite pic.twitter.com/I57r2gOzc8

Who’s the new owner of Ring of Honor?! THIS GUY @TonyKhan #AEWDynamite pic.twitter.com/QjfYwYxIwm