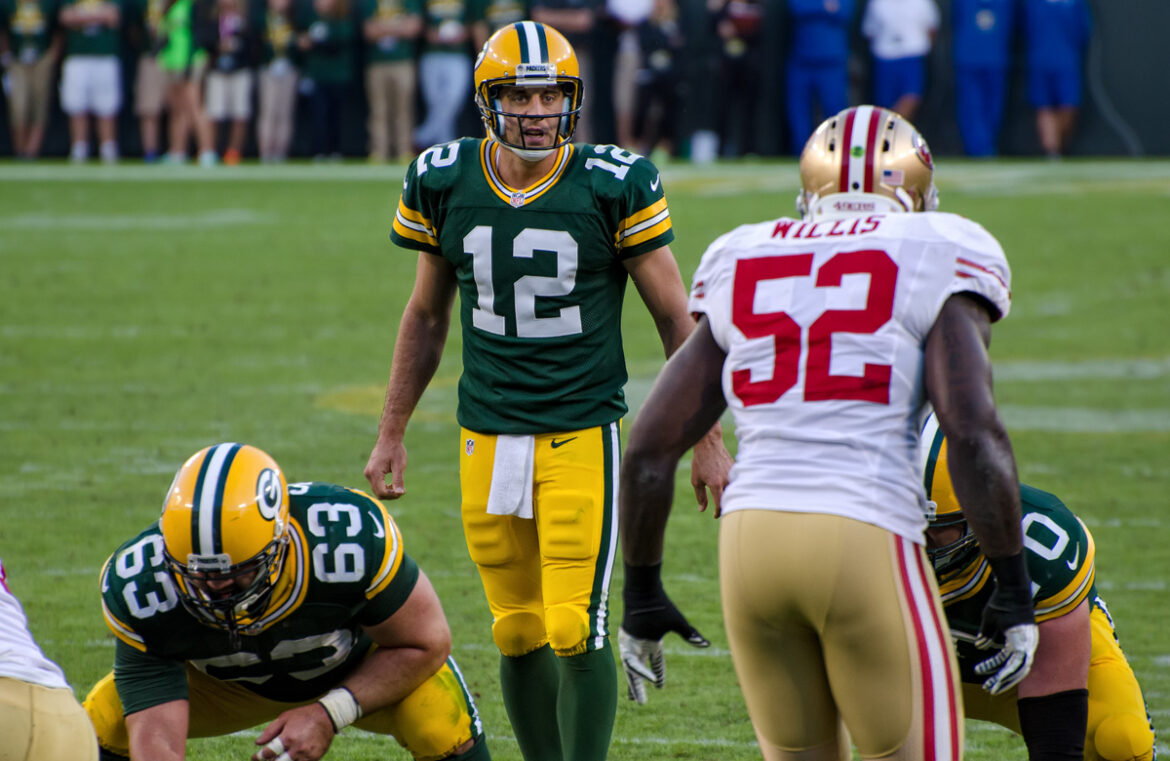 The Green Bay Packers have ensured Aaron Rodger stays put, signing him to the largest contract in NFL history.

Aaron Rodgers made the Packers sweat — credit where it’s due. But at the end of the day, No. 12’s best chance to win a Super Bowl was in Green Bay, as a path through a daunting AFC was not worth the struggle for a 39-year-old quarterback of Rodgers’ caliber.

Tennessee, Pittsburgh, and Denver were all attractive locations, but none offered an easier division and familiarity than the Packers did.

Aaron Rodgers contract extension will make him the highest-paid player in NFL history, and give the Packers some salary-cap flexibility at the same time. Rodgers had the Packers front office right where he wanted them the entire time –requiring his approval for their every move.

That $153 million guaranteed is a massive number, and ensures that even should Aaron Rodgers retire before his deal is up, he’ll get the majority of his money.

The #Packers and MVP QB Aaron Rodgers have agreed to terms on a 4-year, $200M deal that makes him the highest paid player in NFL history, sources say. He gets a whopping $153M guaranteed and his cap number goes down. A monstrous commitment by GB for years to come. 💰 💰 💰

As for the Packers, it also ensures they can continue adding to their roster, building upon a Super Bowl contender.

Aaron Rodgers drove headlines across the NFL media landscape for weeks, as it was unknown whether he would demand a trade elsewhere — the Broncos were the favorite were that to occur — or retire. The third door, which Rodgers inevitably walked right through, was to receive a hefty payday and stay in Green Bay.

The Packers drafted Rodgers, and now they’re paying him his due. He’s earned every penny.