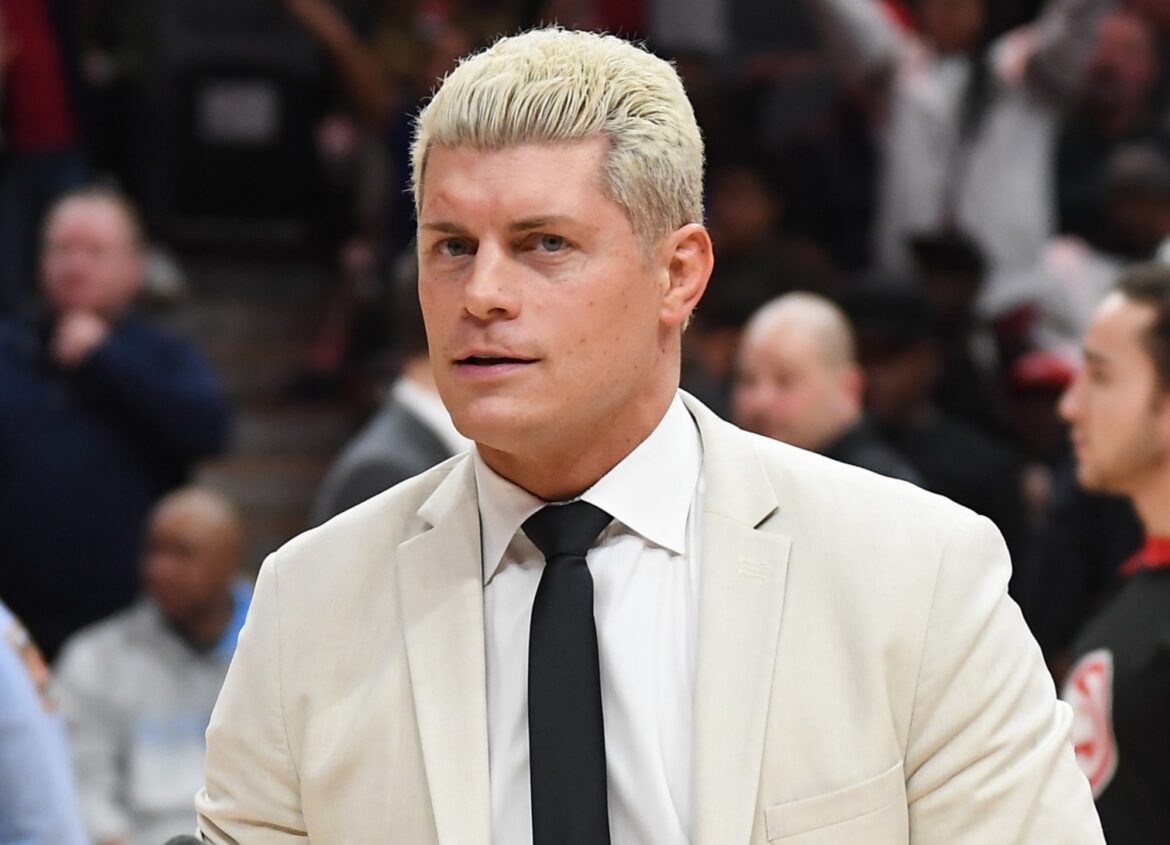 Cody Rhodes and Brandi Rhodes are both gone from AEW, according to a statement released by Tony Khan on Tuesday morning. Cody was one of the four founding members of the promotion and an executive vice president as well as an on-air talent, while Brandi doubled as a wrestler and chief branding officier. News broke back in January that Rhodes was operating within AEW without a contract, which he personally later confirmed.

Khan wrote, “I have immense respect and appreciation for Cody and Brandi, and I wish them both the best as they move on from AEW. Thank you, Cody and Brandi!” According to Sean Ross Sapp of Fightful Select, Cody could be potentially on his way back to WWE.

Within minutes of Khan’s announcement, Cody released a statement regarding his departure — “I have loved my time at AEW. Amazing locker room. Amazing fans. The amazing people. The ‘revolution’ was indeed televised, and I’ve been incredibly lucky to be part of that. First, I want to thank Tony Khan. He’s taken the baton and run with it, and it was an honor to work for him and to know him on a personal level. He’s a beautiful soul. Obviously need to thank my incredible wife and the mother of my baby girl, Brandi, for all of her love and support throughout this journey together and the amazing relationships she fostered with Kulture City and the American Heart Association.

WWE may be looking to bring him back

I also need to thank Nick and Matt Jackson (these two, whether they know it or not, took an undesired and not confident lil cub and gifted me the confidence to become a leader of the pack), Kenneth Omega, Chris Jericho, Chicken…we started the fire. We must thank Tim W/Keith M/Greg W and the amazing production crew who understood and captured the vision with such grace.

I can’t name everybody. But thank you to Megha, Margaret, Harrington, Jeff Jones, Dana, Tony Schiavone, Bern, Raf, and the hardest worker in the game, QT Marshall, for propping me up and kicking me in the ass when I was running on fumes. Have to thank all my kiddos… MJF, Jade, Sammy, Darby, Lee, Ricky, Tom, The Gunns, Brock, Velvet, Nyla, Aubrey, Turner, Vanilla, Solo, Spears, Julia, Anna, Will, Wardlow, Sonny, Fuego 1 and of course, -1. While we’re at it, give Jade the Codyvator!

“Also need to take a moment to thank the great partners at Warner Media including Brett, Sam and the rest of the team,” he continued. “I have so many milestones and beautiful memories of this renaissance…through sweat, blood, tears, literal fire, and all that…I left it all on the mat. Everything pales in comparison to the final contribution I was empowered to lead at the company, the community outreach team. In the most inward moments, your outward behavior and your ability to take fame/influence and do something of value for the communities you visit (whether the cameras are on or off) is the highest honor. I am confident Amanda Huber will lead the department with style. I’m so proud of my creations and contributions and the items I supported or collaborated on with such wonderful professionals. Thank you, fans. Y’all did the work! Let’s live forever.”

One thought on “Cody Rhodes Quits All Elite Wrestling”