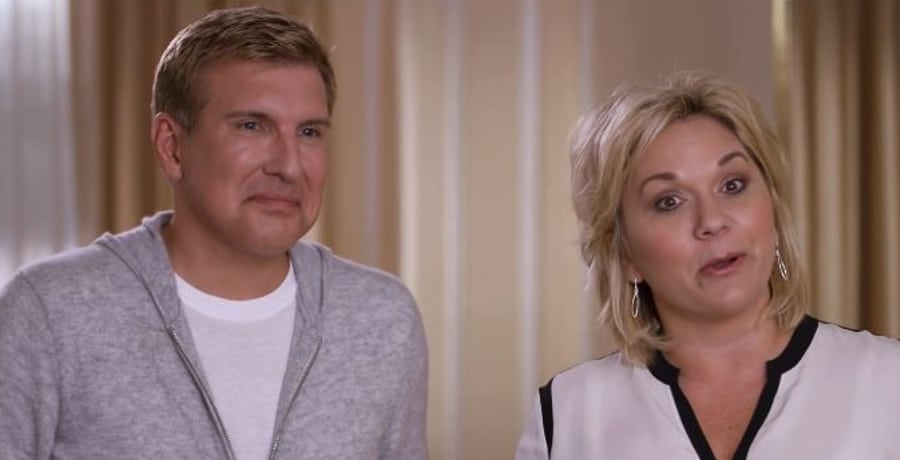 The Chrisleys rose to fame with their show “Chrisley Knows Best” which aired on the USA Network. The show followed the lives of the Chrisley family, including patriarch Todd Chrisley, his wife Julie, and their five children. The show was known for its comedic and often over-the-top depiction of the family’s daily lives, and it quickly became a fan favorite.

However, the family’s reputation took a hit when they were indicted on multiple charges of tax evasion and bank fraud in 2019. The indictment alleged that Todd and Julie had failed to report millions of dollars in income, and had also fabricated information on loan applications in order to secure millions of dollars in loans.

In June 2020, a federal jury in Atlanta convicted the pair of fraud, tax evasion and conspiracy. Todd Chrisley was sentenced to 12 years, and Julie Chrisley got seven.

The Chrisleys have always maintained their innocence, and their attorney has stated that they plan to appeal the conviction. In the meantime, they have been forced to begin serving their prison sentences at Federal Prison Camp Pensacola in Florida and Federal Medical Center Lexington in Kentucky respectively, according to the Bureau of Prisons.

The Chrisley’s downfall is a reminder that fame and fortune do not protect one from the legal system. The couple had built a successful business empire and were well-known figures in the entertainment industry, but ultimately their actions caught up with them.

It is also worth noting that this news comes around the same time as “Real Housewives of Salt Lake City” star Jen Shah, who pleaded guilty to wire fraud and is set to begin her 78-month term on February 17th. Both shows are owned by NBCUniversal and it is worth mentioning that these events happen in the background of the entertainment industry.

The Chrisleys’ case has also brought attention to the issue of tax evasion in the United States. The couple was accused of failing to report millions of dollars in income, and using various tactics to evade paying taxes. This is a serious crime, and one that carries significant penalties.

It remains to be seen what the outcome of the Chrisleys’ appeal will be, but for now, they are serving their prison sentences and their show “Chrisley Knows Best” is no longer airing. The events serve as a cautionary tale of the consequences of illegal activities, regardless of one’s fame and fortune.