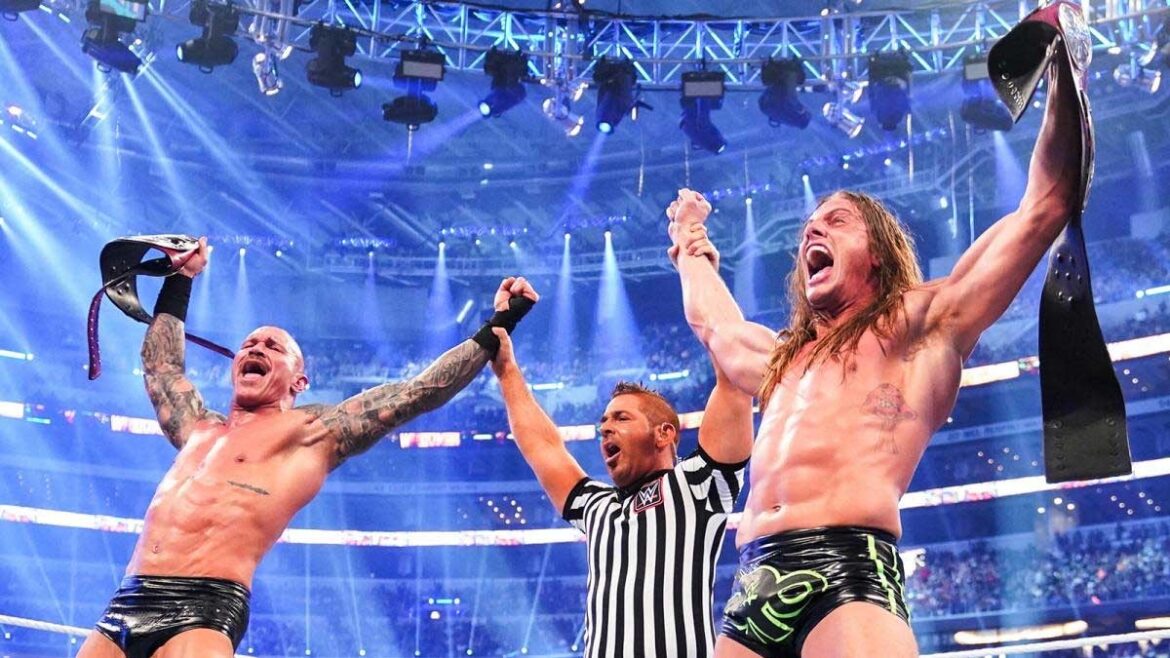 Randy Orton and Riddle kicked off WrestleMania 38 Night Two by retaining their Raw Tag Team Championships against both the Street Profits and Alpha Academy. Late in the match, Riddle used the ropes a springboard to RKO Montez Ford from the top rope. Moments later Orton intercepted Chad Gable in midair with an RKO of his own, then scored the pin.

Riddle and Orton first won the tag titles at SummerSlam 2021 and kept them until mid-January before dropping them to Gable and Otis. They won them back in a triple threat with American Alpha and Seth Rollins & Kevin Owens, then agreed to a triple threat with the former champs and the Street Profits (which pinned them a week before winning the titles back.

Riddle confirmed in an interview with TalkSport in 2021 that it was actually Orton’s idea to work with the former UFC star as a tag team. Orton eventually declared (in character) that Riddle is the only person he considers a friend.

“He was like ‘Hey, this RKBro thing you mentioned, it actually sounds pretty cool,'” Riddle said. “And I was like [speechless expression]. Nobody else thought it was cool, the only people who really thought it was cool was Randy and me. So then we pitched it and I don’t think it was supposed to have legs or last that long, but kind of like with me and Pete Dunne as the Broserweights, people saw our chemistry together in backstage segments, they know we can both go in the ring for days and here we are.”