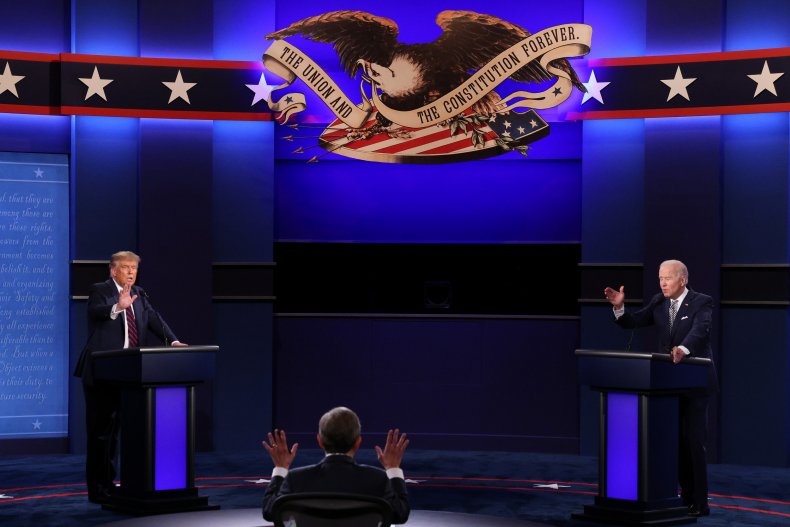 The Republican National Committee voted unanimously on Thursday to withdraw from its participation in the Commission on Presidential Debates, the organization that has long governed general-election presidential debates.

In a statement, RNC chairwoman Ronna McDaniel said the commission is “biased and has refused to enact simple and commonsense reforms to help ensure fair debates. This includes hosting debates before voting begins and selecting moderators who have never worked for candidates on the debate stage.”

The commission was formed in 1987 as a nonprofit sponsored by both the Republican and Democratic Parties. They have sponsored debates in every presidential election since 1988. The group’s co-chairs include former RNC chairman Frank Fahrenkopf.

Thursday’s vote comes after months of signals from the RNC that it sought a break from the commission. In June 2021, McDaniel sent a letter outlining several complaints about the commission’s practices, reflecting former President Donald Trump’s concerns about the conduct of the 2020 debates.

Trump campaign was critical of the debates

The Trump campaign attacked Scully for working for Biden roughly four decades earlier, leading the journalist to accidentally publicly reach out on Twitter to Anthony Scaramucci, Trump’s short-lived White House communications director. When the outreach frustrated Republicans, Scully said he had been hacked, something he later admitted was not true. C-SPAN then placed Scully on “administrative leave” for lying.

The commission eventually canceled the second debate after Trump declined to attend a virtual debate despite concerns over his Covid-19 diagnosis.

The RNC has advocated for a number of changes to the commission. This included adopting term limits for its board and prohibiting members from making public comments about any candidates. McDaniel, in an echo of Trump’s concerns, has also pushed for more influence on which journalists moderate general election debates. She’s been asking the commission for a “transparent criteria for selecting debate moderators that would disqualify individuals from consideration who have apparent conflicts of interest due to personal, professional, or partisan factors.”