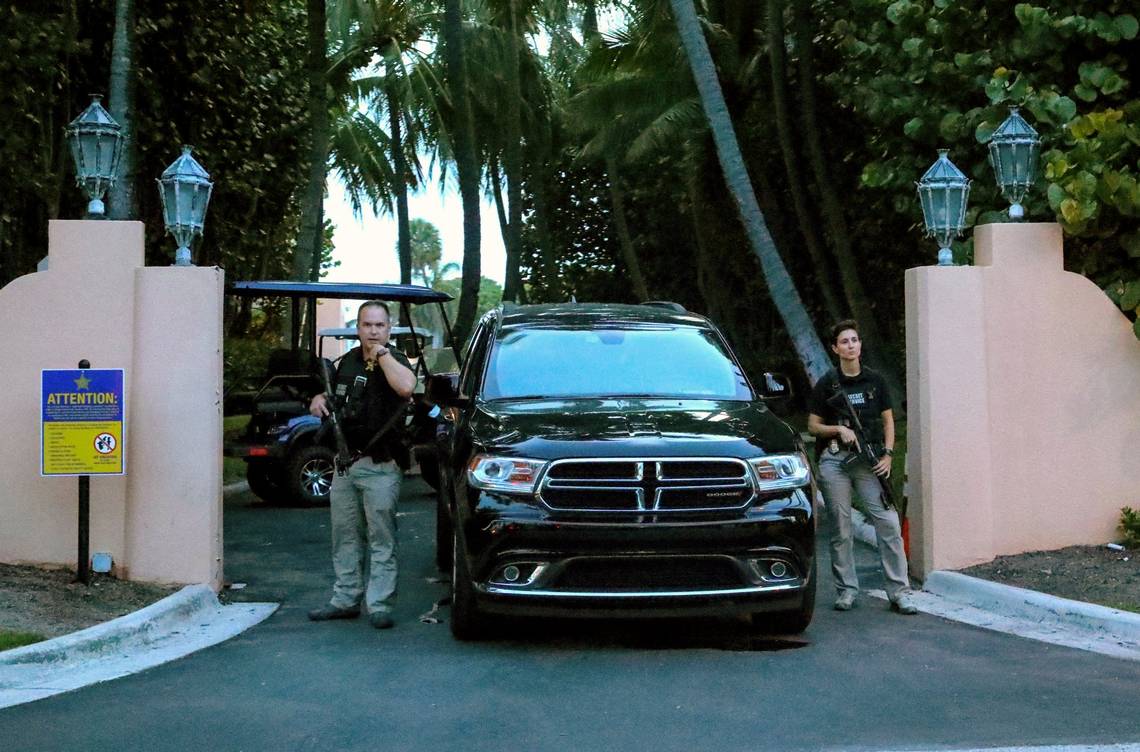 The Justice Department has released a redacted version of the Mar-A-Lago affidavit justifying the search of former President Donald Trump’s Florida residence. The department took this step in response to a court order.

This affidavit gives us our best view yet into the Justice Department’s investigation into how certain documents – White House records, national defense information, classified documents – ended up leaving the White House in the last days of the Trump presidency and ending up at Mar-a-Lago. It tells us some of what we already know, which is that the FBI’s investigation began with a referral in February from the National Archives after the Archives recovered 15 boxes of materials from Mar-a-Lago in January. In the affidavit, we learned that there were news articles, printouts, notes, and personal records in those 15 boxes, but also intermingled with all of that was a lot of classified material just all kind of tossed together.

The FBI went through all of that – says they found 184 classified documents. Twenty-five of those were at the top-secret level. Ninety-two were at the secret level. There were also some, though, that had special classification markings. I won’t take you through the alphabet soup of what those were, but stuff that indicated that it could have come from human intelligence sources – so from spies, stuff that would have been collected from monitoring foreign communications. This is very delicate stuff, very closely guarded government secrets. And having it just kind of in the wild at Mar-a-Lago is something that would certainly make the Justice Department and American national security agencies generally very nervous.

We don’t know exactly what this information is. We’re just using kind of umbrella groupings here. But it’s a concern because, one, if it got into the wrong hands, it could compromise national security. It could compromise how the CIA or the NSA’s collecting intelligence that’s used to make decisions by the government, but also more generally, it could put people’s lives at risk – people who are collecting intelligence for the United States government. We don’t – again, we don’t know exactly what’s in there, but from the information that we do have, that sort of stuff is definitely a possibility. And having the stuff out there, as I said, would certainly set national security officials’ hair on fire.

What happened, though, is a number of media organizations were pushing for this affidavit to be released – pushing in court – saying that this is a matter of great national interest, public interest. It concerns an unprecedented search of a former president’s home; therefore, transparency is extremely important. The Justice Department had concerns about, as I said, government witnesses, about law enforcement officers’ names being released.

They also have concerns about the scope, the direction of their investigation being made public because that would be in here as well. And that has been redacted as well. We don’t know all of what is driving this investigation because it’s been blacked out. And the Justice Department has described the affidavit as sort of a road map for its investigation. If this is a road map, a lot of the roads have been blacked out, which means we don’t know exactly where we’re going.

Trump fighting back the “witch hunt”

Consistency in messaging has not been a strong point of the former president or his legal team since this search. The former president did release a statement today shortly after the affidavit was made public. He accused federal law enforcement of carrying out, quote, “a total public relations subterfuge without providing an explanation.” And he basically said that they turned over quite a bit and said that he had been voluntarily cooperating with the investigation.

I think the consistent message that we’ve had from the former president himself and many of his allies and, to a degree, his lawyers, has been the same narrative that we’ve heard from the president for several years, which is that he is a victim. He views himself as a victim of a weaponized Justice Department. There’s no evidence backing that up that he has put forward. He called the Russia investigation a witch hunt for years. So this has been a consistent theme, and it’s something that I think he views – and from leaks that have come out from his inner circle – he views as playing that up as politically advantageous.

FBI conducted an unprecedented search of a former president’s home

What we don’t know is what the FBI was so concerned about to go back and conduct an unprecedented search of a former president’s home a couple of weeks ago. And so I’m very curious – and I think many folks are – to find out what exactly drove that decision and what they found at Mar-a-Lago itself. We’re going to have to wait for this investigation to play out to learn more of that.