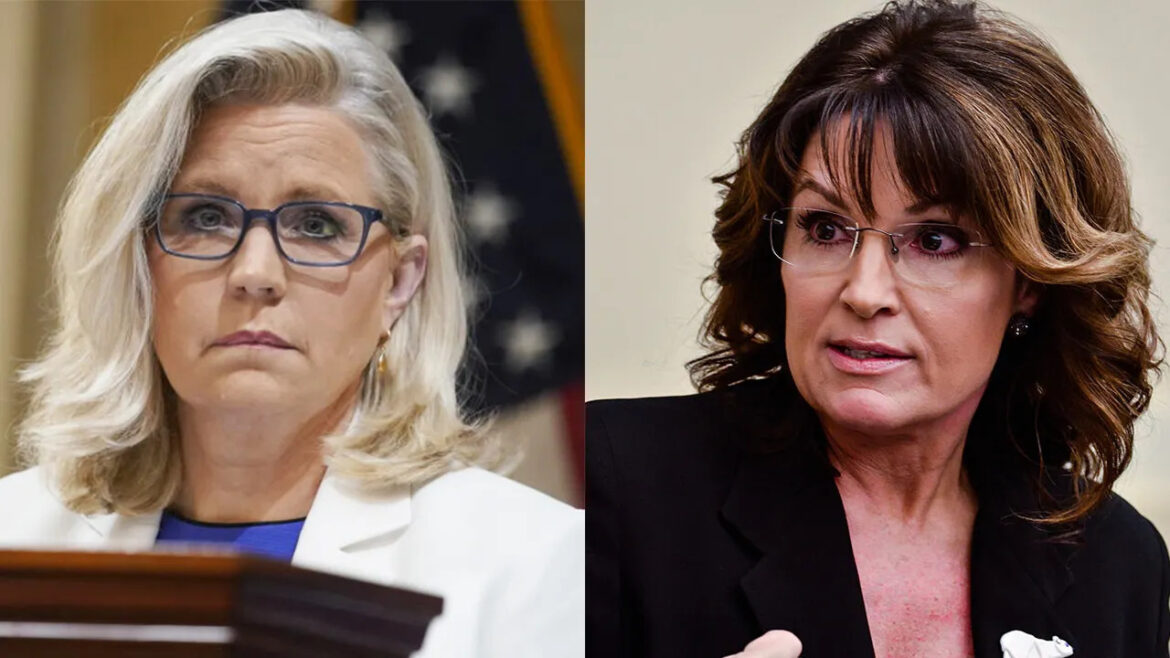 The elections in both Alaska and Wyoming could have a far-reaching impact on the future of the Republican Party. In Wyoming, GOP Congresswoman Liz Cheney is expected to lose the race for her party’s nomination, and we’ll talk about that all in-depth tomorrow.

Primary Day has arrived in Alaska and Wyoming

Cheney’s in big political trouble because she picked a huge fight with former President Donald Trump. She broke with him after the attack on the Capitol on January 6. She’s the vice chair of the committee investigating the January 6 attack, and she was one of 10 House Republicans to vote for impeaching former President Trump after the attack on the Capitol. So she has become sort of the leading public nemesis of the former president, and she’s really gone all-in on her commitments, which she says over and over again that her goal is really to make sure that Trump doesn’t get reelected again.

We’re going to focus on the other primary state where voters are casting ballots, and that is Alaska, where exactly 14 years after she first stepped into the national spotlight as a potential vice presidential candidate, Sarah Palin might be on the brink of a political comeback.

Sarah Palin is running in the special election to fill the remainder of the late Don Young’s term, which expires in January. And she’s also in the regular primary election for the next full term. So in other words, if she wins the special, she would take her seat in September, but then she would still need to win November’s election to have a House seat after January.

Alaska is in the – at the start of a big experiment to see if how we vote reduces polarization. So we have this new system adopted by voters in 2020, and it starts with an open primary – all candidates on one ballot, regardless of party. Voters pick one, and the top four vote-getters advance to the general election. In the general, we’ve got ranked-choice voting, so voters choose their favorite and maybe also a second, third and fourth. At the end, the losing candidate is eliminated and the ballots that went to that person are reallocated according to the voter’s second choice.

And that continues until two candidates remain, and then the one with the most votes wins. And I think Alaskans were, you know, somewhat confused about this. There’s two methods – you know, pick one for the primary and rank for the general. But then Congressman Don Young died in March. So now there’s a lot of confusion because we’ve got special and a regular. And today we’re voting in both – the ranked general for the remainder of the House term and the pick one primary for all the other races, including U.S. House.

Sarah Palin has been a big influence in the Republican Party

Palin really has a big influence in the modern Republican Party. I mean, she rose to national prominence on the 2008 Republican presidential ticket. She wasn’t successful in that election, she sort of still went on to be, you know, a big voice in the party. I mean, she didn’t keep her job as governor of Alaska, but she did what some other high-profile Republican officials have done. You know, she became a Fox contributor. She went on reality TV.

But she also became the sort of OG Tea Party voice before the rise of the 2010 Tea Party. And in that midterm election, Republicans flipped 63 House seats. And there was sort of this real change in the dynamic in the House of Representatives and a real sort of switch in the message. Tea Party Republicans at the time were really focused on repealing Obamacare, slashing spending, but they also had a really sort of anti-mainstream media streak, anti-establishment streak. And I think the policies of the Tea Party have sort of come and gone since a lot of that class is no longer in Congress. But that attitude and that posture in terms of, like, kind of in-your-face Republican message is really a lot of what the House Republican Caucus is like today.

Alaska not a good source for polling data

She definitely had sort of a big, early influence on a lot of the figures that have come after her. I mean, you look at some of the high-profile conservative women in the House Republican Conference today – like Marjorie Taylor Greene, Lauren Boebert – I mean, they have sort of adopted the, you know, go on Fox, you know, use a lot of fiery language and have a national message more about a conservative identity and fight against the establishment as opposed to sort of focusing on limited government, lower taxes as sort of their leading message.

There has not been a lot of polling, so some of this is just my impression, and some of it is looking at the limited polling that there is. But Alaska is a transient place. 2009 was a long time ago. A lot of people know her now from her national profile as a right-wing celebrity and conservative, you know, icon. And they see her as a champion of their causes and their culture, much like Trump.

I think the other thing to remember is Sarah Palin was one of the earliest supporters of then-candidate Donald Trump when he launched his presidential campaign. And he has supported her and endorsed her and has clearly campaigned for her in Alaska. So, I mean, I think that she is very closely tied to Trump, and she’s made that a big part of her message.

There are probably mixed feelings about Palin coming to Washington. I think she would feel at home in the House Republican Conference, especially in the sort of right-ring Freedom Caucus, where there’s a lot of like-minded, you know, very loyal Trump supporters. I think a lot of the leadership of the Republican Party in Congress may be a little bit apprehensive about what she could do.

She clearly has a national name ID and is pretty freely critical of Republican leaders, so I don’t necessarily think she’ll be a sort of a loyal, you know, conference supporter. And I think, you know, like, House GOP Leader Kevin McCarthy has had issues with a lot of the conservative bomb-throwers in his conference. I mean, those might seem like small potatoes compared to what kind of, you know, riling up of the base or of opposition to policies that Sarah Palin could pull off if she decides she doesn’t want to fall in line with, you know, leadership’s priorities.

Murkowski can’t be primaried in the traditional sense, and the state Republican Party would definitely ditch Murkowski if they could. Her approval rate among Republicans here is really bad. And the party has endorsed a challenger, Kelly Tshibaka, who has Trump’s endorsement too. But with Alaska’s new system, there is no party primary anymore, so they can’t really oust her.

I’ve been struck that although Senator Murkowski voted to convict Donald Trump on impeachment charges, that decision is not necessarily being used as a cudgel against her, at least in this primary.

the system there makes it harder for the Republican Party to retaliate against Murkowski for that vote – right? – because of the way Alaskans are voting. And she’s been able to present herself more as this sort of bipartisan consensus builder to reach out to independents and Democrats. She was involved in big bipartisan talks on infrastructure.

She can brag about the millions or tens of millions of dollars she’s bringing back to Alaska by being part of that deal as opposed to Liz Cheney, whose sort of basically entire political identity right now is being the chief critic of Donald Trump in a state that’s, you know, mostly Republican and in a primary matchup where she’s facing a lot more Republican voters weighing in on her fate than in this system that Alaska has set up.

Murkowski would definitely have lost a regular Republican primary, in large part because of her impeachment vote. But now that Alaska has changed the system, it’s not just Republicans voting in the primary on Murkowski’s fate. So she’s kind of immune to whatever punishments the Republican Party and Republican voters would try to inflict, in the primary at least. And then ranked-choice voting definitely helps her in the general.