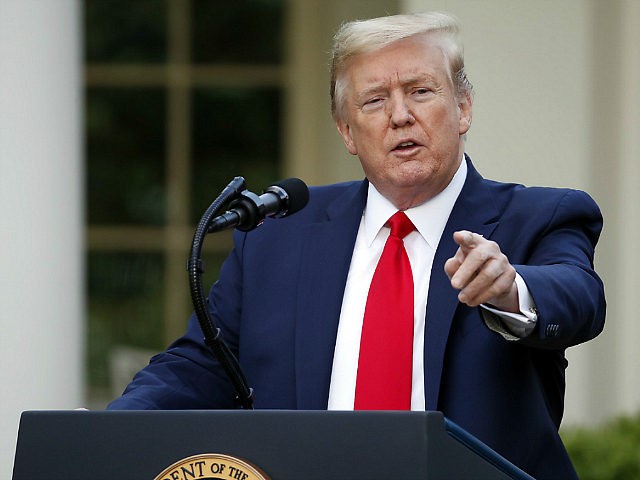 As the Democrat National Convention was held, President Trump made sure to turn the spotlight back onto him. Trump has hit really hard with his own counter programming of his own to the best of his ability. When they say counter programming, it can mean to be a distraction.

Trump stated at a Pennsylvania campaign event miles close to his birth place that Joe abandoned Pennsylvania and that he has become a tool of the far left. Recently on Twitter, he tweeted at his @realDonaldTrump account that the Obama campaigned spied on him, and questioned why Kamala and Obama was working with Joe Biden.

It seems to be in Trump’s nature to draw attention away from himself. It seems that the administration is in a hurry to take away as much of the spotlight from the Democratic Convention. White House Press Secretary, Kayleigh McEnany said that teachers are essentially no different than meat packers. Meaning they are essential workers, and do not stop working as soon as a crisis hits.

White House continues to refuse to distance itself from QAnon

Kayleigh last week said that we will see what happens. Clearly borrowing one of the more frequently used phrase by Trump, in regards to accepting the election results. Kayleigh continues to distance the White House from Q. She was given the chance by America Newsroom from Fox to denounce the support. However, she said that they are not focused on some group. Even though the FBI states it was a potential terror threat.

Overall, the Administration has been living up to their promise to serve up counter programming. Clearly trying to take away from the center of attention on Joe Biden during the convention. Typically, the current President lays low. But, Trump is not a conventional President.

Trump looked to fight back against the convention programming

He joined Fox and Friends on Monday in to counter the convention programming, and also recently sued New Jersey to stop their hybrid model of voting where mail-in voting would take a higher precedent, whether or not the lawsuit is unrelated to the convention is besides the point, the issue is more that it is at the same time during the convention. So, what is Trump doing all this for? Some have speculated in the past that he needs to have all the attention on himself. That might not be far off and there also might be a policy goal in mind— I suspect to not let someone else get the political spotlight to set the agenda.