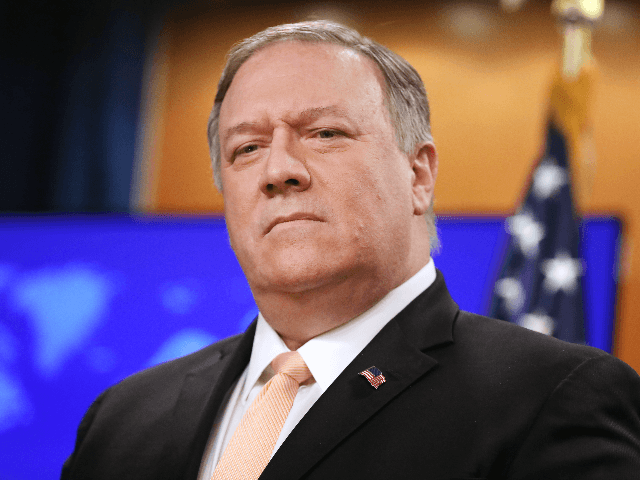 Mike Pompeo did a zoom meeting in to the national party convention for the Republican Convention August 25th, 2020. It has not been done in 75 years. The official rules for the Department of State state that no State Department Employees are able to promote a politician in the capacity either as a State Department Official, or, their private capacity.

Mike Pompeo was not doing it as a private capacity, but, was still doing it as his own personal capacity. Trump was at the White House twice on the opening night of the RNC on Monday. He wants to give his acceptance speech on the South Lawn. In a break from tradition, where typically the Secretary of State does not participate in partisan politics, the Secretary of State endorsed the President from a rooftop in Jerusalem. Sen. Corey Booker called it reckless.

Moreover, Chief of Staff Mark Meadows stated that nobody really cares about the Hatch Act except for those in the beltway. Mark Meadows also exclaimed that the original intent of the law did not predict that everyone would be using zoom calls in order to do the events. While there is a pandemic going on, the Democrats still managed to find a convention in Milwaukee. They still did an event there and not on federal property.

The Trump administration chose to use federal lands for the convention. They also, had several people who were working in the administration in a federal capacity, to, endorse the President. Moreover, no money is supposed to be spent on political events that support political candidates. Larry Kudlow, Secretary of State Mike Pompeo, were endorsing Trump. The Republicans in question were identified by their current capacity with whom they were. Mike Pompeo was touting Trump’s coronavirus success. Which, questionable, tried to claim >170,000 fatalities as a success. They were acting as if the coronavirus was over and done with. When in reality, it truly is still happening.

Nikki Haley, the former UN Ambassador a reliable Trump surrogate in the media recently drew the ire of liberals. She once stated that Trump is always truthful, spoke at the convention. Chad Wolf, the DHS Secretary, took part in a naturalization ceremony. Moreover, he also drew ire from the more liberal segment as well, and he is not even nominated yet. It seems like he was trying to use the ceremony as a way to draw supports from moderates in response to critics that he is too anti-immigrant.

Democrats also targeted Chad Wolf for his part in the ceremony

Chad Wolf, by being part in the ceremony also drew ire from critics. Moreover, he could be investigated. The Democrats have already launched an investigation into Mike Pompeo after his speech on Tuesday, stating that it might be illegal. Chad Wolf has already come into fire for his participation in that ceremony. Chief of Staff Mark Meadows is remaining to his story that they are not allowed to campaign in their official capacity, while denying that is what they were doing.