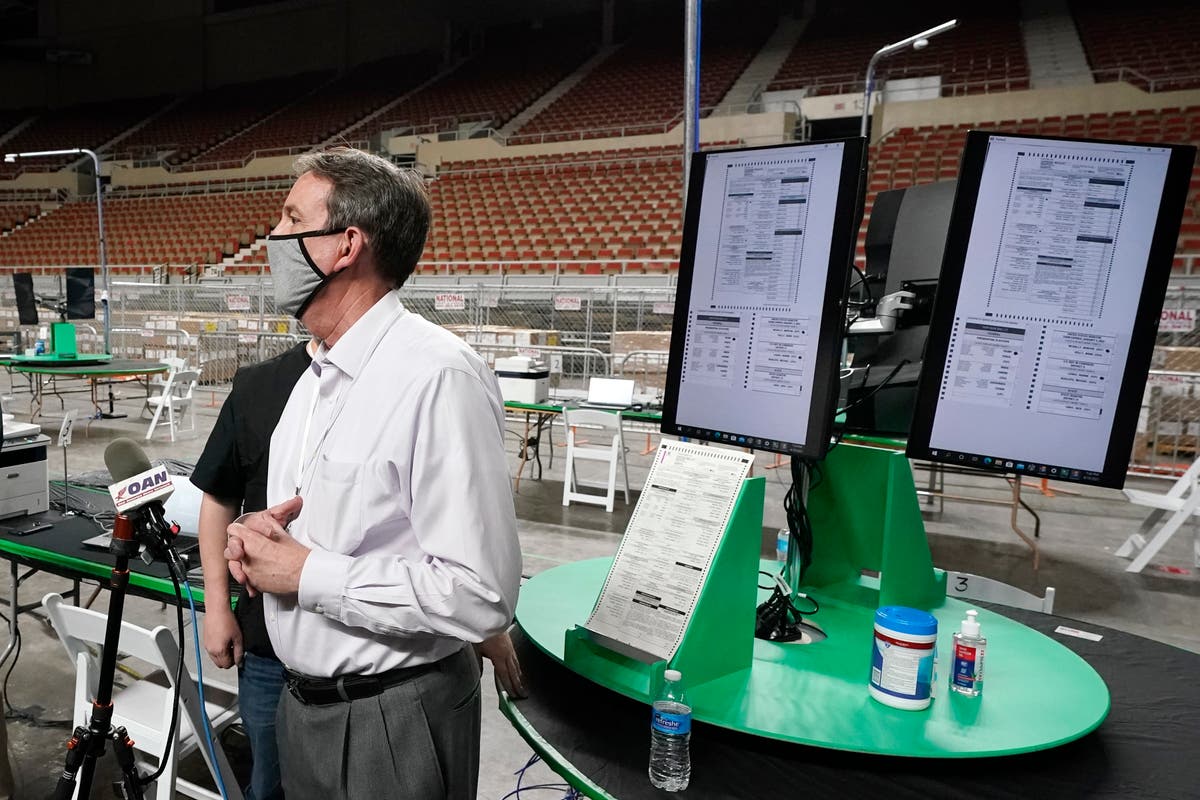 Reporting from Rachel Maddow on the issue and reporting from the Arizona Republic, both seem to confirm what Rachel Maddow and other reporters have been noticing. On April 26th, 2021, Rachel Maddow had said on her show that the Arizona State Republicans were coming up with nefarious means to keep journalists from observing the political processes, including having a very pro-Trump news organization, One America News, to monitor the election results.

“The Senate has told us that they’re running this so-called audit,” Roopali Desai, a lawyer for the Democratic Party, and Gallardo told the judge on Friday. “They have abdicated their duty entirely to rogue actors who are making a mockery, with all due respect, of our election laws and procedures and there are no safeguards in place. There’s no proper training. No procedures. No rules.” Arizona Republic website

A Maricopa County Superior Court judge ordered an injunction of $1 million on the audit until Monday, only if the Democratic party were to pay $1 million for the costs of the delay. The Democratic party said that they would not do so and the recount continued. As Rachel Maddow said on her show, the count underwent numerous audits, and, the supervisors for the Maricopa county board were Republicans, and, they certified the election results.

The group behind the Maricopa County audit tied to QAnon

Rachel Maddow reported that the organization that is running this audit believes in Pro-Trump QAnon views, including the ones where Trump won the election. Maddow reported that the group Cyber Ninjas asked the court for the ability to not give out the documents because they feared it would give away court ordered documents, and, that, they expect to be conducting business elsewhere. She said that the same group is being used in Michigan now.

Moreover, on the note of transparency, Roopali, the attorney for the Arizona Democrats told Maddow that they believe that Cyber Ninjas should produce the documents that verify their security documents to the court, and, that one of the other things that are adding to this lack of transparency, is, the idea that they say that the audit costs tax-payers $150K, yet, they are receiving funding from private groups, and, they won’t even say who they are. Maddow reports that One America News, as said earlier, is among the groups that are paying for the audit and they are the only ones that are being given access.

The Arizona Republic has confirmed Rachel Maddow’s suspicions that they are indeed allowing the people that are doing the audits to have pens with blue ink, that could be read by the scanners. Without more transparency, Maddow says, and Roopali basically doubles down, we do not know what is going on behind the scenes.