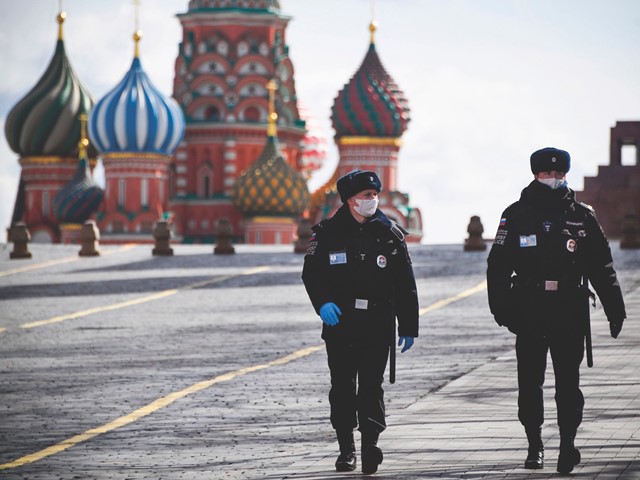 The United States is having issues of its own. However, coronavirus conspiracy theories is not a problem unique to the United States. The New York Times is reporting that people in Russia have a very hard time trusting their own government when it comes to the coronavirus. Different polls show that people in Russia are not going to take the vaccine because they think that something could be in the virus. But they also, do not want to. The Times reached out to Armen Benyan, specifically focusing on the region of Samara, Armen Benyan, their health minister said that the case counts were accurate, and, that they specifically did not count anything that would be considered separately from the coronavirus. So, anything that would be different from the totals would not account for the death count.

The New York Times’ reporting looks more critically at the statements made by Armen Benyan. He was stating that there was in general in Russia, excess deaths of about 362,302 in Russia. This includes a count of 28% above normal. Russia was not off by too much from the US’s total excess deaths, which amounted to 385,100. In the region of Samara, a well to do area near the Volga River, it had 10,596 excess deaths, up from 25% over the 2019 mortality rate. The region only had 606 officially designated coronavirus deaths in 2020.

The article states that Ms. Pogozheva’s Mom, who was an obstetrician-gynecologist died in November with a covid-19 referral. They did not put covid-19 on her death certificate. Ms. Pogozheva said that she did not know what to believe about the coronavirus, citing conspiracy theories which very well might have been in the United States, that the Gates Foundation might be behind it, etc. She stated that she won’t get the vaccine because if she can’t even see covid-19 on her Mom’s death certificate, why would she put her trust the Russian Government, when it comes to the safety of the vaccine?

Mr. Raksha, a demographer, has noted that there is minimal opposition, even with people who do not like Putin, over the handling of the coronavirus by Russia. The Soviet Union in general and Russia has been through so many different traumas, he states, so, that, they have a different relationship of death, according to his words. He’s stated that 50 people he knew had the virus, and, the pandemic took the lives of 1 out of every 250 people in the Samara region.

Russia has a unique relationship with death

Yet at the same time, he doesn’t think that the Samara region should have closed theaters. Mr. Dolonko, the editor of a cultural paper in the city of Samara, age 62, said that he wears a mask when he enters crowded places and washes his hands, and goes to gallery openings, or, shows. Russians know what it means to live in extreme conditions. In churches, similar sentiments that we hear in the United States are expressed, Rev. Sergiy Rybakov, has told his Congregants to Let us love one another, while congregants hugged and kissed. One church-goer said they trusted God as to why they didn’t fear the virus. Father Sergiy said we are growing used to the deaths with regards to Russia lifting the coronavirus restrictions.

Amazing Magazine Subscriptions with No Sales Tax at DiscountMags.com!

These views come as Bolsinaro, the President of Brazil, continues the laid-back off approach to the Coronavirus, while more than 345,000 people have died in Brazil. On Thursday, Brazil set a daily record of 4,249 deaths. That’s edging the record that the United States reached on Jan 20th, of 4,405 deaths, according to the US Centers for Disease Control. Bolsinaro continues to be against lockdowns. Hospitals are reporting a shortage of supplies. Saying, they have a week or fewer for treating COVID-19, such as oxygen, anesthesia, and other drugs for intubation, according to the ANAHP survey of 88 hospitals that are members in Brazil.

Brazil a battleground for vaccine testing

The Supreme Court said on Thursday that the Senate needs to continue with initiating the committee to respond to the pandemic. The Senate President Rodgrigo Pacheco said that in person meetings during the pandemic would put the member’s health at risk. On Thursday, they said that the state and municipal bans on religious events were legal. Reuters notes that Brazil has become a battleground for vaccine testing, including a fifth late-stage trial for the Canada Medicago R&D Inc and GlaxoSmithKline PLC. Anvisa, the health regulator said they could conduct their phase 3 trials on Thursday. The Reuters article did not specifically mention whether or not people in Brazil were having vaccine hesitancy like Russia.