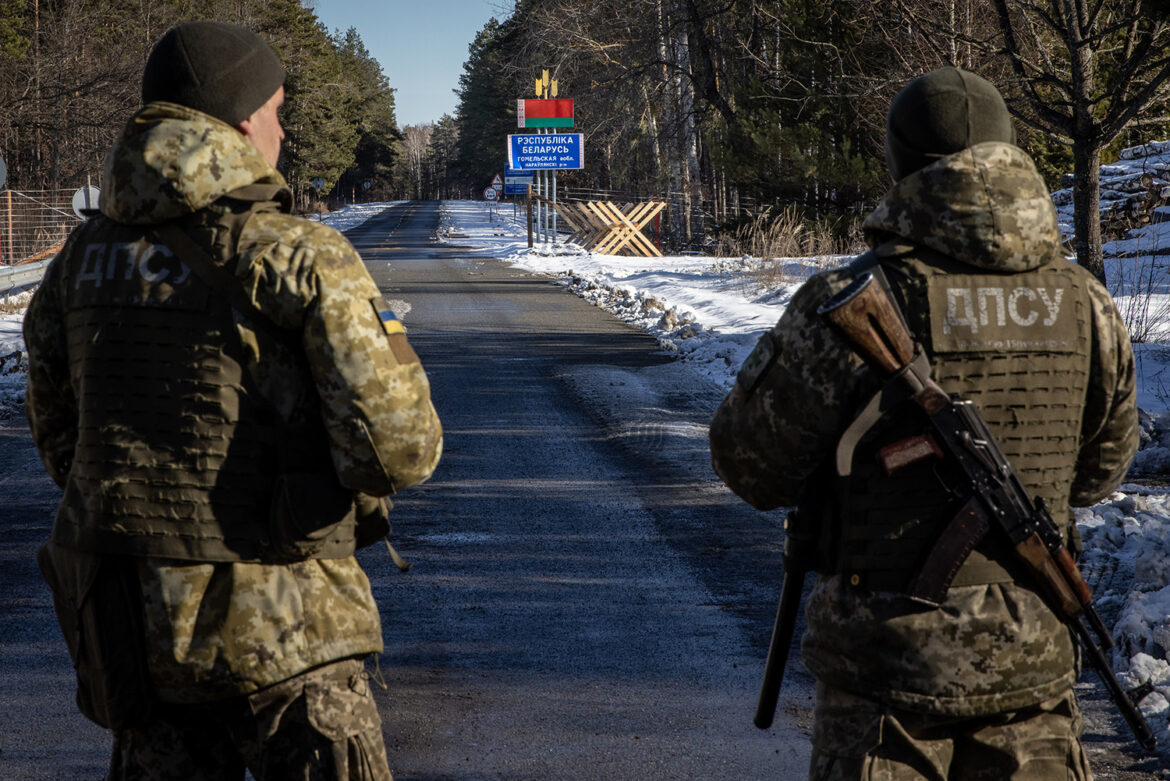 Russian President Vladimir Putin said in a speech delivered early Thursday morning, Moscow time, that Russia would undertake a “special military operation” in Ukraine for the “demilitarization and denazification” of the country.

Vladimir Putin aiming to change the leadership of Ukraine

As Putin’s speech concluded, explosions were reported around the country. They were soon followed by Ukrainian reports saying that land attacks were occurring across the country’s borders with Russia and Belarus, and with a reported incursion from Crimea.

The long-threatened war, waged by Russia against a peaceful Ukraine, had begun.

Early reports suggest that the full strength of the army that Russia has assembled is being brought to bear on Ukraine, with a wave of simultaneous explosions occurring across the country. Air raid sirens later sounded in Kyiv, and CNN broadcast images that appeared to show tanks cross the Belarusian border, near the capital.

Russia threatens U.S. and NATO should they attempt to intervene

Other reports are scattered but suggest that both Russian and Belarusian troops were participating in the assault.

Vladimir Putin, in his video declaration, also had a threat for the U.S. and NATO over potential intervention in Ukraine.

“A couple of words for those who would be tempted to intervene,” he said. “Russia will respond immediately and you will have consequences that you never have had before in your history.”

Ukrainian President Zelensky released a video online, saying that he had spoken with U.S. President Biden. “The USA is preparing international support,” he said.

Now that Ukraine has been attacked, Zelensky addressed Ukraine, stating that he was placing the country under martial law.

“We are working, the army is working,” he said. “The whole defense sector of Ukraine is working.”

“No panic, we are strong, we are prepared for it all, we will win,” Zelensky said.

The Ukraine Foreign Minister Dmytro Kuleba said earlier in the night that “peaceful Ukrainian cities are under strikes,” calling it a “war of aggression.”

“Ukraine will defend itself and will win,” he said. “The world can and must stop Putin.”

Anton Geraschenko, an MP who advises the country’s interior ministry, said that “rocket strikes” had hit Ukraine’s command-and-control centers, airports, and military stockpiles in Kyiv, Kharkiv, and Dnipro, among other areas.

Moreover, Geraschenko also said that the Russians had launched an amphibious assault on Odessa, and had crossed the border near Kharkiv.

President Biden issued a statement soon after Putin’s announcement, saying that Russia would be held accountable for launching the unprovoked assault.

“The prayers of the entire world are with the people of Ukraine tonight as they suffer an unprovoked and unjustified attack by Russian military forces,” Biden said. “President Putin has chosen a premeditated war that will bring a catastrophic loss of life and human suffering. Russia alone is responsible for the death and destruction this attack will bring, and the United States and its Allies and partners will respond in a united and decisive way.”

Moreover, in a surreal split-screen, Putin’s declaration of war ran in parallel with an emergency session of the UN Security Council.

Secretary General Antionio Guterres opened the session, saying that Wednesday had been full of “rumors” that a Russian offensive against Ukraine was about to occur.

“So if indeed an operation is being prepared, I have only one thing to say from the bottom of my heart: President Putin, stop your troops from attacking Ukraine. Give peace a chance,” Guterres said. “Too many people have already died.”

The attack comes after Putin delivered a blistering speech on Monday that set the stage for what was to come. In it, he denounced the concept of Ukrainian sovereignty as a product of Bolshevik dreamers and Vladimir Lenin in particular.

He ended that speech by demanding that Ukraine’s government stop fighting.

“From those who seized power in Kyiv, we demand an immediate end to military action,” Putin said. “Otherwise, the regime ruling Ukraine will be fully responsible for potential continued bloodshed.”

Negotiations have failed between Russia and Ukraine

Negotiations between Russia and Ukraine over implementing a 2015 peace deal soon collapsed. Putin recognized the independence of two proxy republics that Russia created and supported since the early days of the war in 2014.

Many had regarded implementing the agreements, known as the Minsk-II accords, as the last possible off-ramp away from military action.

The agreements governed the peace that ended the last active phase of the conflict, which concluded as Russian forces surrounded a Ukrainian military unit in the country’s east.

Zelensky gave an address on Wednesday night, with a Russian-language portion directed at the Russian people, saying that he called Putin but that the Kremlin leader did not pick up.

“If soldiers attack us, if they try to take our country, our freedom, our lives, the lives of our children, we will defend ourselves,” Zelensky said. “Not attack, but defend ourselves.”

“Attacking us, you will see not our backs but our faces,” he added.

On Tuesday, the two proxy republics — located in the Ukrainian provinces of Donetsk and Luhansk — asked the Kremlin to help them “repel” Ukrainian attacks. On the same day, Putin said that Russia had recognized the two statelets not in the territory that they occupied, but in their self-declared borders — an area that extends deep into Ukraine-controlled territory.