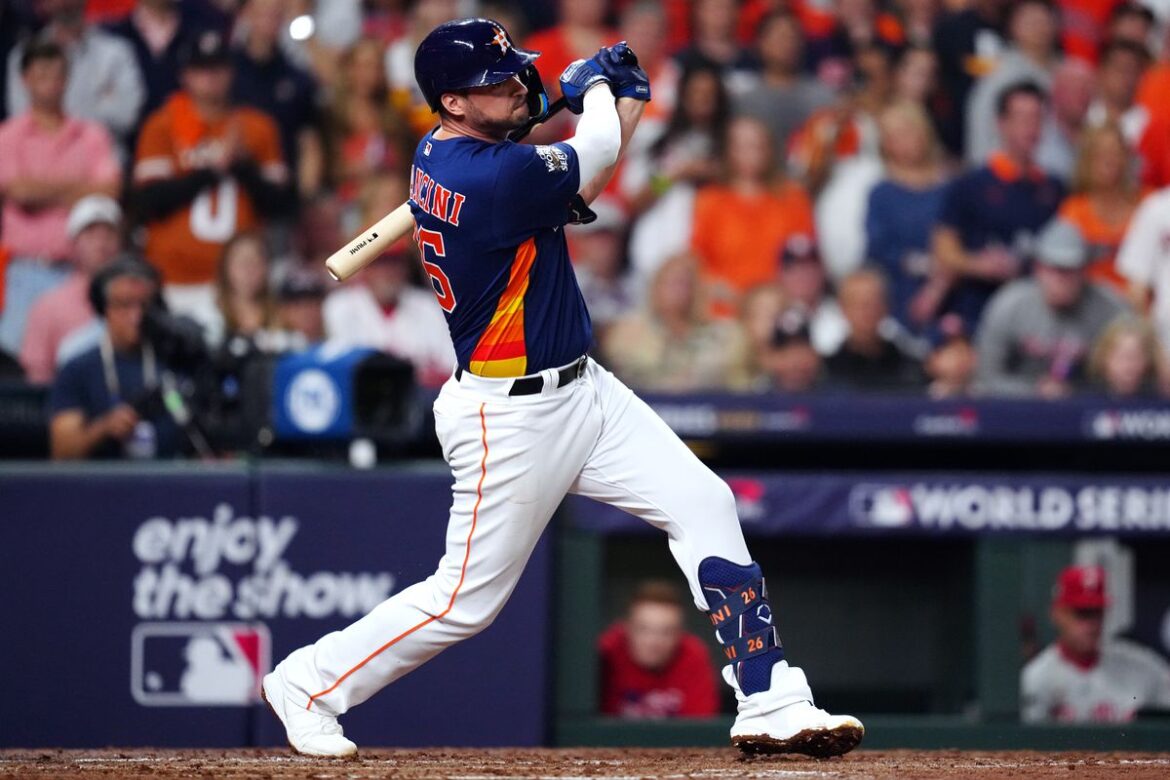 For the second time in franchise history, the Houston Astros have won the World Series. Houston clinched the championship with a 4-1 victory over the Phillies on Saturday in Game 6, fueled by a massive home run from Yordan Alvarez in the sixth inning. With the Phillies leading 1-0 after the top of the sixth, starter Zack Wheeler (who had been cruising in the game) was pulled after allowing two baserunners, a decision that will lead to decades of second-guessing in Philadelphia. Reliever Jose Alvarado promptly allowed a 450-foot home run to Alvarez that put the Astros head for good.

The Houston Astros had a perfect 7-0 postseason record

The Astros won 106 games during the regular season and had a perfect 7-0 record in the postseason to capture the American League pennant. However, the Phillies took a 2-1 lead through the first three games of the World Series, leading to speculation that Philadelphia’s power bats had the edge over Houston’s vaunted pitching staff. That speculation was quieted in a big way when the Phillies scored only three total runs over the remaining three games of the Series, starting when four Astros pitchers (led by Cristian Javier’s six innings) combined for a no-hitter in Game 4.

That historic win restored the sense of invincibility that followed Houston for much of the season, as the team showed few weaknesses in building an excellent lineup, rotation, and bullpen. The franchise’s extensive rebuild period under former GM Jeff Luhnow built a farm system and player development pipeline that continues to excel, given how the majority of the World Series roster was comprised of homegrown players. This included Javier, Framber Valdez, Jose Urquidy, and Luis Garcia — four lightly-regarded international prospects who joined future Hall-of-Famer Justin Verlander and (former first-round pick) Lance McCullers Jr. to create an outstanding pitching staff.

The Astros have won two championships and made two other World Series appearances (in 2019 and 2021) over the last six seasons, an extended run of dominance over the big leagues. Of course, no discussion is complete without mention of the sign-stealing scandal that tainted the memory of the 2017 championship and resulted in the firings of both Luhnow and former manager Alex Cora following the 2019 season. For many fans, no amount of time will soften the hard feelings directed towards the organization, though only five players — Verlander, McCullers, Jose Altuve, Alex Bregman, and Yuli Gurriel — remain from the 2017 roster.

Houston reloaded and restocked their roster following the 2017 scandal

Houston’s ability to reload and restock its roster has been impressive, as the team has brought some new talent into the organization and also continued to rely on its farm system. For instance, after Carlos Correa left in free agency last winter, the Astros had confidence that top prospect Jeremy Pena would be able to step into Correa’s big shoes. Fast forward to November, and Pena has followed up an impressive rookie season with World Series MVP honors — only the third rookie to ever capture the award.

After winning a World Series as a player with the Dodgers in 1981, Dusty Baker had to wait 41 more years and through 25 seasons as a manager before capturing his second ring. Baker’s excellent track record (2093 regular season wins) already made a Cooperstown induction a likelihood, but after years of close calls and disappointments in the postseason, Baker finally captured his first title as a manager at age 73. Baker was only signed through the 2022 season, yet the Astros are expected to offer him a new deal, and Baker himself told David Ortiz in an interview that “I said if I win one, I want to win two.”

Verlander is expected to opt-out of his contract to re-enter the free agent market, but the bulk of the Astros’ core will be under contract and control for 2023, making Houston an early favorite to repeat. Perhaps the biggest question is in the front office, as there has been quite a bit of speculation that GM James Click (whose contract is also now up) won’t be invited back for next season, due to some clashes with owner Jim Crane. Click’s fate will be a major talking point in the days now following the World Series and given the talent already on hand in the organization, the Astros’ GM job might be the most coveted in all of baseball.