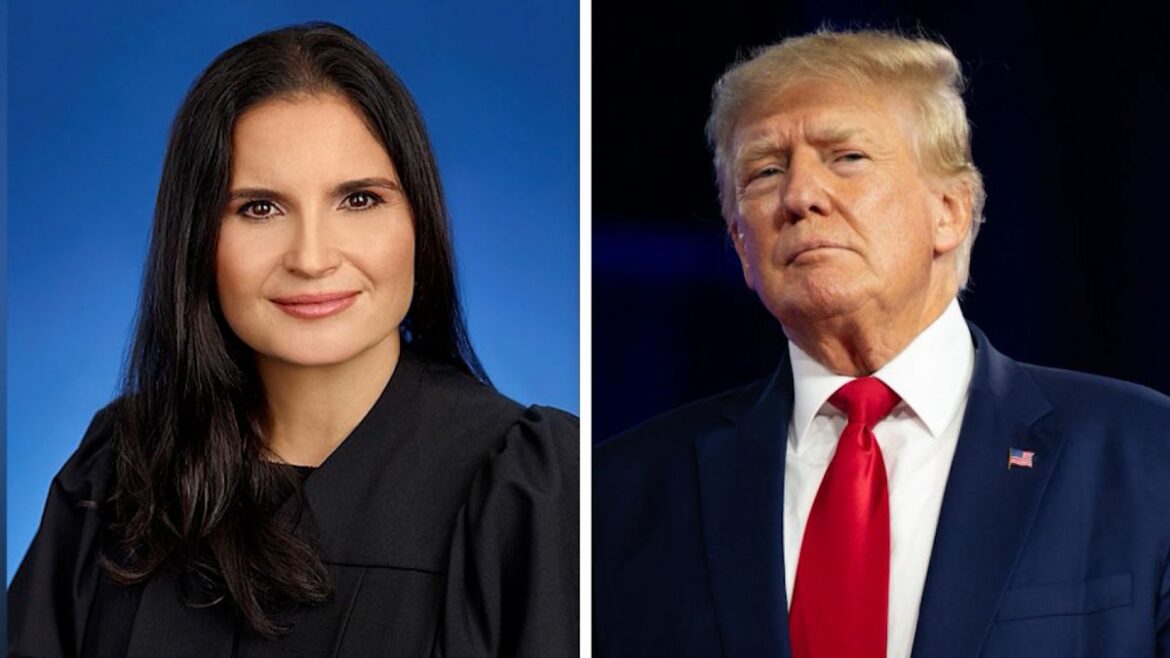 Aileen Cannon just released her opinion on DONALD J TRUMP V UNITED STATES OF AMERICA, September 5th, 2022, with regards to whether or not Trump would be able to get a special master. In her opinion, Ms. Cannon came out heavily in favor of not just the former President, but, also anyone who was the target of a search and seizure by the Federal Government.

Judge Aileen Cannon came out in support of Trump

The Federal Government, as per the search warrant, had the ability to go through legitimate documents that they believed rightly were in their possession and should not have even been in the possession of the former President in the first place.

Aileen Cannon made the arbitrary decision, as, USA today put it, that a defendant suffers reputational harm from the seizures of the documents, and, if the Government were to seize any documents from an individual person, that, it might not be seen as fair. Citing the article, Renato Mariotti, a former federal prosecutor, agreed that defense lawyers would cite Cannon’s decision because it represented a “significant” shift to defendants.

“Every defendant suffers massive reputational damage from an indictment,” Mariotti said in a tweet. “I agree that we will cite this case law in other criminal cases, because if you take it at face value, it is a significant shift to the defense.”

Bradley Moss, a National Security Lawyer in the article said that Aileen was creating an exception to the law based solely for Trump.

Judge working to bring documents back to Trump

Looking at the text of the document, it would seem that Aileen bends over backwards to make sure that the materials former President Trump wants to be returned to him are going to be returned to him. The ones that Judge Aileen Cannon is taking a look at not only matters that are of attorney-client privilege, but, also ones that relate to executive privilege.

This matter is one that the current President may take more of an issue with when it comes to appealing the case. The judge is making a claim, that the former President may have more claims of executive privilege than the President, and, makes numerous statements in the text, quoting In the Matter of John Bennett A wrongful indictment is no laughing matter; it often works a grievous, irreparable injury to the person indicted.

The stigma cannot be easily erased. Aileen stated that the court sees special master as promoting the interests and appearance of fairness and justice, that they represent ’strong public interest in the integrity of the judicial system.

It is clear that Judge Aileen has a heavy bias in favor of the President, and, while she may not be able to give the former President a sweeping victory, it looks like she may be able to grant him a limited one. Either way, not only is this creating a standard where a former President has a separate but, equal double standard for a tier of law that only exists for the former President. But, as the USA Today article pointed out, it is focusing on the injury to the plaintiff, rather than the extraordinary actions that the plaintiff has taken storing the classified documents at Mar-A-Logo.

At no point in the time, did the Judge in the brief seem to focus on the national security implications in the paper. There was much more of a focus on whether or not the Government was being fair to a potential target of the investigation, and, wanting to block the federal Government from investigating the target, because, she did not think that they were being fair, even though they had an appropriate search warrant for it.