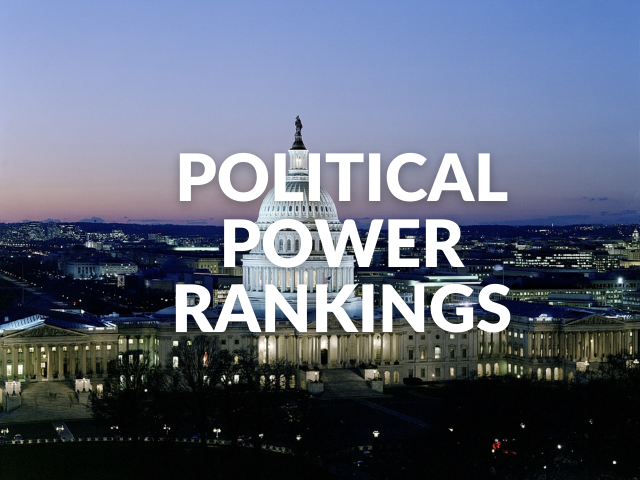 Joe Biden for now has somehow managed to stay on our list. The former President is set to speak soon and offer a blistering criticism for Joe, yet, with his actions retaliation against Iran while at the same time trying to renegotiate a deal with Iran, he has certainly earned a spot on our list.

Much ado has been made about the Biden administration’s decision to not go further with punishing Saudi Arabia after the Biden administration decided to call Mohamad Bin Salmon, but, not punish him. While agreeing that Mohamad Bin Salman was responsible for the death of James Kashoogi, the Biden administration decided that it was not in the national interest to completely cut ties with Saudi Arabia. It’s given to much criticism, but, as the Morning Joe show points out, unlike any other time in our history, someone who was once our ally, could easily just dump us and go for China. So, the Morning Joe panel posited that we can’t afford to lose any more allies, especially with such a growing geopolitical threat.

Former President Donald J. Trump was able have another 2 hour rally, where he read out loud a list of falsehoods and grievances to his supporters. Donald Trump gave a campaign style speech with all but affirming that is going to run for the Government. During that speech, Trump aired disproven claims of voter fraud which were shown to be disproven time and time again. What has become clear according to the Morning Joe show, is that gone are the days when CPAC used to be the fringe of the Republican party. The CPAC is now mainstream.

Trump read out loud an enemy-speech when he was given his speaking time. His speech was relatively low-energy compared to past campaign speeches, but, it still featured the same themes that a lot of his other speeches had, including targeting foreigners, Democrats, socialism, and the myths about the election. Chris Crebbs appeared on NBC: Deadline White House with Nicolle Wallace, and went on the network to say that while there was some claims of voter fraud, there were not as many as the Trump administration was claiming later on Monday. Chris said that people know how fragile Democracy is and that fortunately thanks to the combination of Democratically elected officials, the election was able to run in a smooth manner. Had the party-vote been more split more Republican, the panel mused that later that it would have been unclear whether or not things would have gone as smoothly as they did.

Even though, as the Morning Joe panel pointed out, that Trump only got 55% of the people in CPAC to vote for him to run again, when it came with regards to his approval rating as a President, the number jumped from 95% as to whether or not people approved of what he did to 97%, indicating that his support in the Republican party is increasing, rather than decreasing. The numbers seem to suggest even though perhaps 97% of the Republican party might not necessarily want him to run for office, they do want him to be around in some form, and, they want their elected leaders to emulate him.

Someone could probably spend a lot of time with counting the number of times that Dr. Anthony Fauci was mentioned during the Conservative Political Action Committee known as CPAC. A vision for the future was laid out. Freedom in this context means not wearing masks. Dr. Fauci got called out by several political figures, including Governor of South Dakota, Kristie Noem.

Kristie Noem got a standing applause for lambasting Fauci, to which, Fauci called her out for after July during the peak that her state had the highest covid count per million per capital. Fauci called her comments unfortunate. With Fauci being in the public eye much more frequently, Fauci has been getting more of the ire from conservative right wing Republicans, who ally themselves with Trump, like Kristi Noem.

The Congresswomen from New York gets a top spot in our list because she was mentioned more prominently than was Nancy Pelosi at the CPAC conference earlier this last weekend, getting over a dozen mentions. Socialism is a frequent target of the right. She was attacked from figures like Jerry Farwell JR, Laura Ingraham from Fox News, Donald J. Trump and others. In Trump’s last State of the Union Address, when he attacked socialism, he appeared to be singling out Senator Bernie Sanders and AOC, according to the Hill.

Andrew Cuomo has been coming under fire for claims of sexual harassment from members of his own political party. Democrats are calling for his resignation, Andrew Cuomo has called for an independent party to review the independent claims of the Women. This is coming after a scandal which rocked the way that his perception was already, with as the Morning Joe show pointed out, about how he didn’t count the number of deaths that were in nursing homes correctly.

One new allegation comes from Anna Rusch comes this week after last week apologizing to victim Charlotte Bennett, which, of whom, she did not accept the apology. Things keep seeming to go from bad to worse with Andrew Cuomo, paving the way, to Republican Senators like Lindsey Graham of North Carolina, to comment on what’s going on, saying that Democrats should follow the Republican model on the issue, now, as someone who is writing this piece, I need to clarify, that while Lindsey Graham claims that Republicans took this issue very seriously, they ended up voting for Brett Kavanaugh anyways. So, it’s unclear what Graham means by this… is Graham taking credit for the way that the Democrats were trying to push for the investigation into Kavanaugh?

Robert Unanue is the CEO of Goya Foods. He had his turn to speak at CPAC too, where he continued the lies that former President Donald J. Trump, won the election. He’s said that people voted as many as ten times.

People have called for a boycott over Goya foods as a result. The last time that a boycott happened, it ended up backfiring, to which Goya foods thanked Democratic Congress women of New York, Alexandria-Ocasio Cortez for shining the spotlight on Goya foods, even naming her the employee of the month, going on to say that neither she not Bernie Sanders really got it. The last Goya food boycott was not successful and as a result, it became more popular. Time will tell whether this one will have any impact on it.

As this article in the New York Times states, Kristi Noem, the Governor of South Dakota has jumped to stardom in the Republican Party. She has been called a female Trump, according to the Times, according to Sany Dash, who was selling merchandise at the conference, told the New York Times that she was not crass or rude, when comparing her to Trump.

Being spoken about in the same sentence is likely to win you praise in the Republican party. As stated earlier, while Trump does not have power as a President, he still has power politically within his own party, in the GOP.

Along with Kristi Noem, Ron DeSantis, the Governor of Florida catapulted into fame. DeSantis is known for his very laissez-fair approach to handling the Coronavirus and probably would be under the blunt of Fauci would say as to what Fauci to do during a pandemic. What DeSantis has done in opposition to what has become the norm with wearing masks has endeared him to Conservatives, and, moved him up politically. Out of the people that would like most see run for President, he was ranked number two, and, when you took out Trump, he was able to take 43% of the vote for being a Presidential 2024 candidate.

Even though news about Merrick Garland got drowned out by subsequent news about CPAC, he deserved to be on this list because after being considered for a Supreme Court seat in 2016, Senator Mitch McConnell said because it was too close to an election year, that they can’t vote on a justice . Senator Chuck Grassley, the number one Republican on the Senate Judiciary Committee said that his decision to not hear Merrick Garland in the past was not about whether or not Merrick was a good judge or not, but, because it was an election year and it was a divided Congress. Now, that still didn’t stop them from voting in Amy Cony Bennet in late October of 2020, which, happened to be on the eve of an election.

Known for his role in the January 6th insurrection, Senator Josh Hawley is known for his steadfast disapproval of the election results, even after the riots. Josh Hawley took the stage and he got a standing ovation for his role in the capitol insurrection. Josh Hawley merely mentioned that he objected to the election results on January 6th. Josh Hawley asked have you heard about it and he got a big round of applause. Despite all of Hawley’s pro-Trump stance and his pro-Trump remarks, he still did not even earn a slot on the leaderboard for a potential 2024 election race. Number one on the list, number two, was DeSantis, the Governor of Florida.