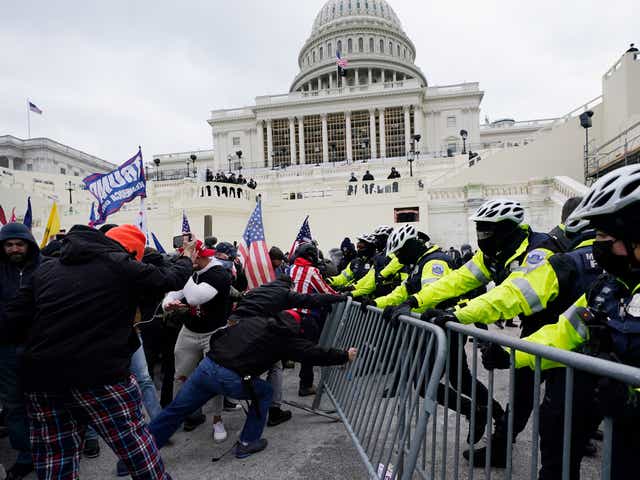 They thought they were going to die, Jamie Raskin

Rep. Raskin recounts his family’s experience with going to the Capitol. In a deeply personal speech Jamie Raskin exemplified why the events of the sixth mattered so much to him. Critics such as Rachel Maddow Feb 9th, 2021 have pointed out how confused the defense was and how strong the house-managers were. In a speech that Jamie Raskin gave to the house during the impeachment trial, Raskin recounts that he told one of his family members that the next time that they were going to visit the Capitol, that it would not be like this.

The family member recalled to him that they were never going to back to it again. While the impeachment defense team on the Trump administration was much more focused on the Constitutional scholarly textual analysis, the prosecutorial team went above and beyond simply looking at whether or not there is precedent and included very personal testimony, recognizing that they were in fact witnesses of the events on January 6th, that which they were discussing on Tuesday, February 9th.

Trump’s defense team struggled during day one of impeachment

Trump’s first defense lawyer, Bruce Castor attacked the Capitol riots as “repugnant” and heaping lots of praise on the Senate deliberately body calling Senators “extraordinary people”. In a series of Rachel Maddow video clips on her show on Tuesday February 9th, 2021, after the events of day 1, she pointed out numerous clips in which she pointed out where Bruce called the many different states great, said that the State of Nebraska was great, that it was a great judicial state. In the politico article, it mentions how Bruce Castor heaped praise on Senator Pat Toomey and Bob Casey of Pennsylvania.

“Trump’s team was disorganized, they did everything they could but to talk about the question at hand. And when they talked about it, they kind of glided over it, almost as if they were embarrassed of their arguments.

A statement that Bill Cassidy gave reporters at the Capitol, according to CNBC

Cassidy made sure to mention that his vote to proceed is not necessarily the same as a vote to convict. Senator John Cornyn of Texas delivered a strong rebuke rhetorically to the way the proceedings, saying it was not the finest that he has ever seen, however, he did not see enough to change his views on that subject, to vote to proceed. The NYT reported that even Alan Dershowitz said to Newsmax, who represented the Trump administration last time in the

impeachment proceedings that he had no idea what the Trump defense team was doing.

Moreover, on the Democratic side, on the Rachel Maddow show, Dick Durbin, the number two Democrat in the Senate behind Senator Charles Schumer reiterated that what happened on the sixth was very personal for all of them, he called the Capitol the center of their lives for many years. He did not want to speculate on the seriousness which his GOP colleagues were taking the trial stating that he was only paying attention to the colleagues that were right next to him at the time.

Moreover, he made it a point to call out the GOP defense that they made in which there was a lack of precedent to charge the former President. David Schoen, for the legal defense counsel, stipulated that the President could only be charged if he were a current official. In response to the allegations made by the President’s legal team, the House says there was no January exception that lets the President abuse power without accountability in their final days in office, in a brief that they followed. David Schoen and Bruce Castor argued that the Democrats were just trying to silence Trump, and, they played numerous clips from people from CNN criticizing the former President.

Trump impeachment defense was a fraud

Moreover, Dick Durbin says that this defense was fraudulent and misrepresented the works of Brian Kalt, the constitutional scholar from Michigan University. Rachel Maddow had Brian Kalt on her show and talked about the often-cited article from 2001, in which Brian Kalt talks about both sides of the issue, and the way that Brian Kalt explained it is that here is why you could argue the other way– and why you would be wrong to do so. In the end, however, Brian Kalt explained that it did not really matter that he thought that the House Democratic Impeachment managers had a better because ultimately, it was a foregone conclusion, with the potential to maybe flip one vote– Senator Bob Cassidy, but, it will not be able to flip the needle.

In regards to precedent, it would not really change the already precedent that exists already. Brian said only other time in which impeachment of a former official happened, Republicans were in control of the house, and they realized they needed to let the events of the impeachment proceedings at that point they needed. So, in the long run, the point as to whether Brian’s scholarly work is being misinterpreted affects the outcome is moot.