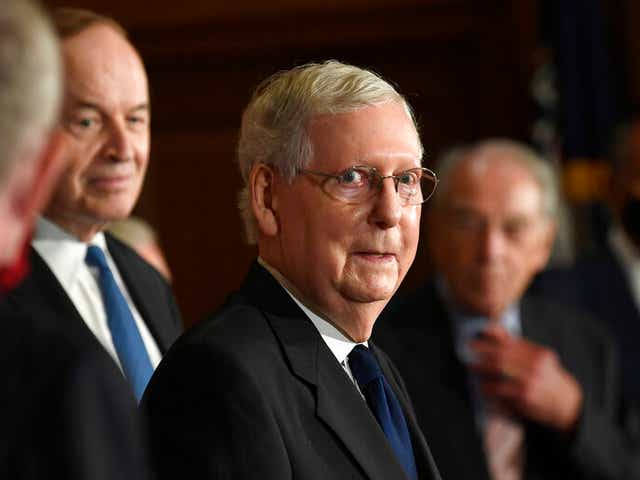 Despite the string of violence rocking the countries, the return of march madness, voter suppression bills being passed in Georgia, Fox News and the right-wing are continuing to focus on the drum-beat of attacking migrants, China, and, Democrats for trying to take their guns. At least, according to the Sean Hannity show on Friday 3.26.2021 with Dan Bongino subbing in for Sean Hannity, they had Representative Steve Scalise, the House Minority Whip– not acknowledging the shooting of Boulder, CO, or, the shooting in Georgia. Republicans have been spending their time being upset about how Biden is being let off easy by the press.

Even with strong speculation from the New York Times that anti-Asian rhetoric is linked to the rise of hate-crimes, the right-wing network continues to do coverage about Hunter-Biden and his ties to China, morphing from Hunter-Biden, to Biden, saying that then Biden is not tough on China. While acknowledging in their show that there was even a spat between the Biden administration and the Xi administration of China, they still went on accusing Biden of being weak on China.

While, it certainly could be true the immigration issue could be a crisis, and, they have a valid point that the press is being easy on Biden, it fails to acknowledge that they are having very many of the same questions that the liberal media had about Trump, with the kids in cages issue. Obama was known as the Deporter in Chief. So, it would be more accurate to assume that the issue of kids in cages was a campaign issue. The Democrats had more serious valid concerns on Trump’s continued fight to overturn the 2020 election, the insurrection on Jan 6th, the way that he consistently lied about the coronavirus, knowing that it was more serious than before. When one looks at the immigration issue as more of a campaign issue, it would be only half-right for the right-wing to accuse the Democrats of being hypocritical.

It’s unclear to where Democrats really stand on the border, as, the party has demonstrated with the Democratic primaries that there are many different potential avenues for a political solution to this issue. As far as Joe Biden is concerned, the Washington Post recently reported that his claims that he sent back most of the immigrants were false. So, to say that the press is not holding the Democrats accountable is wrong. From a political standpoint, I’ve been watching shows like Nicolle Wallace’s Deadline White House and listening to Joe and Mikah’s Morning Joe show.

On the Deadline White House show which is an MSNBC property, they have been talking about the issue of immigration more so than progressive twitter would probably like. It’s clear that on this issue, that while they might have some points– if one acknowledges that Biden has an issue with immigration, one would have to acknowledge that the Trump administration and previous administrations had issues as well. Biden essentially inherited the infrastructure left behind by Trump, so, in order to report about it appropriately, we need to take that into account.

Finally, it is necessary to point out that the #AsianLivesMatter movement does seemingly not exist in the world of right-wing media personalities. If you take one look at your Facebook feed or Twitter account, one can easily see big companies condemning Anti-Asian violence which rocked the Anti-Asian community last week. But, one look at the world of right-wing, and, instead of taking action and trying to solve our gun crisis, you find a lot of Republicans resistant to any change, even though background checks remain widely popular among the American public, at 88% support. If it were up to the Republicans, the stimulus checks would probably not have passed in its current state, given former Majority Leader and Current Minority Leader Mitch McConnell’s staunch opposition to the idea.

Republicans do not see a continued string of violent excursions. Republicans see a potential affront on their liberties, or, they’re straight-up lying. Regardless of whether they’re lying or not, the outcome is the same, and, the beat goes on. Republicans continued to focus on the issues of immigration and embrace the core issues of Trump, such as if you lose elections to change the rules of the game. Will change be possible in the US Senate? It seems unlikely.

Republicans continue to double down

Will the radical voting bill in Georgia be a potential enough motivator to get Senate Democrats like Joe Manchin and Kristen Sinema to allow an exemption for voting rights? We will see. What remains clear is that Trump is now party orthodoxy. And, instead of apologizing when there’s a crisis, Republicans double-down, on both their anti-immigration rhetoric and, their theories about solely blaming China for the coronavirus. All without taking into consideration how every day Asian-Americans will be impacted by their geopolitical stances. It’s not just Chinese people who are being attacked, they are lumping anyone who looks Asian into the mix, hence, why it’s called #AsianLivesMatter. It’s a shame but that’s the reality of the situation.