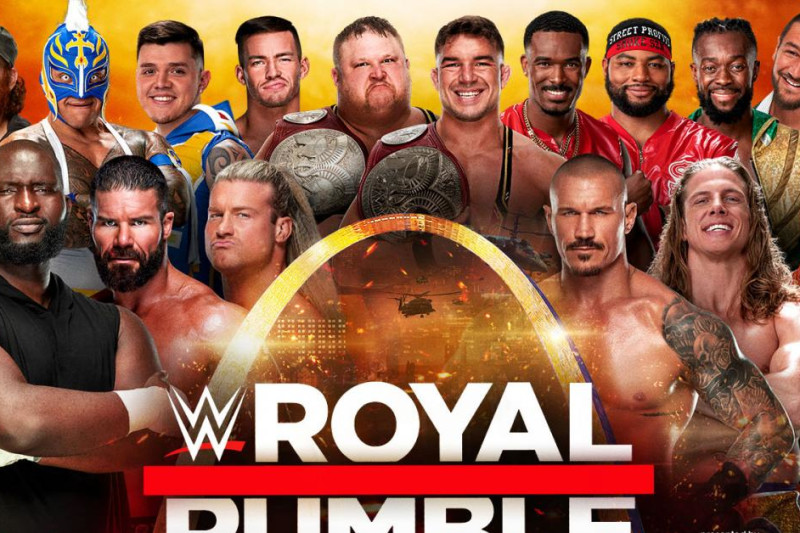 Brock Lesnar entered from the No. 30 position and earned the right to challenge for either the WWE Championship or Universal Championship at WrestleMania 38 in April. He last eliminated Drew McIntyre.

Edge won last year’s Rumble from the No. 1 spot, and while there was no performance as impressive as that this time around, it was a highly entertaining match with plenty of star power nonetheless.

Based on those who were announced for the 2022 Men’s Royal Rumble match ahead of time, there were a few Superstars who stood out as top contenders.

Chief among them was Big E, who dropped the WWE Championship to Brock Lesnar in a Fatal 5-Way at the Day 1 pay-per-view on Jan. 1.

While Big E’s loss was a disappointment for many WWE fans, it set the stage for him to enter the Rumble and potentially earn the opportunity to win his title back.

AJ Styles also established himself as a candidate with some big wins entering the Rumble, including multiple victories over Austin Theory on Raw and a win over Grayson Waller on NXT.

The same could be said for Kevin Owens, who beat United States champion, Damian Priest, twice on Raw.

Drew McIntyre made his return from injury

After losing to Lashley earlier in the night, Lesnar surprised the WWE Universe by entering and winning the Rumble. The night began in disappointment, but now he has a chance to bounce back on The Grandest Stage of Them All.

Lesnar is likely on a collision course with Reigns given Reigns’ role in his defeat and Paul Heyman’s betrayal. He’ll love nothing more than to gain a measure of revenge on Heyman and end the champion’s lengthy reign with the belt.